Your Own Personal J.A.R.V.I.S. 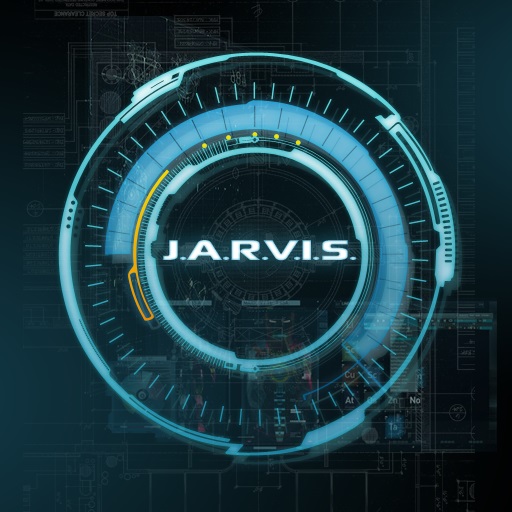 A man will go far to stay lazy.

The future is now.

Back in the dark ages – 10 years ago – when people sat in a room and suddenly felt the urge to turn on the lights because they couldn’t see anything, they had to stand up from whatever warm chair they previously were sitting comfortably in, fumble their way through the darkness to the wall or where ever the most popular light switch was placed and then play a few guessing games as to which switch turned on which lamp with a result that usually blinded anyone within a miles’ distance.

Today, Smart-bulbs from speaker-producents and Swedish furniture manufacturers  light up the rooms before you even enter them, turn off when you simply ask them to and only frustrate you mildly when someone has turned off the wall switch and you have to leave the warm comfortable embrace of the sofa and make your way to the nearest breaker.

Now, Smart bulbs: These super-LED’s can change color, dim and brighten the volume, turn off and on (as long as power is present) and compared to a normal tungsten/incandescent light bulb they cost a fraction of the running price – after initial purchase.

In my home, it’s IKEA all the way, so of course the lighting systems follow suite.

When making the decision to change to smart-lighting, there’s a few considerations first – mainly the price of the change. I don’t live in a huge house so it’s not a million dollar deal, but it certainly was something to write into the budget. It was around a 1000 DKK.

Luckily, the IKEA-bulbs, the wireless controller necessary to use the WiFi-app and the remote isn’t at the same (to me) expensive price-level as the PHILIPS Hue-systems, so after a short rounding up of all the change in the house and making the credit card weep in the IKEA-store, I was ready to roll.

Then there was the previous installation.
Since the IKEA LEDs come in standard sizes with E14 and E27-sockets there was no need to throw away any of my old lamps, and this meant an easy setup was in order.
In a jiffy, the old bulbs were stacked in a box and the new lights were flashing and turning on for the first time in the beginning of a new era.

Since I don’t plan on living alone, other people had to be able to figure out the system.

That meant: The girlfriend, guests and anything still alive in the aquarium had to be able to work the lights with no previous education or unease.
Where the old wall switches still work and are able to turn off the lights, the new problem is turning it back on.
Lucky me, the Trådfri lights are configured so they turn on to the last configured state of light intensity and color range, but a wall switch is what I’m trying to eliminate, so the alternatives were:

The app itself is really easy to figure out. When configured and connected to the same WiFi (technically, same subnet) as the necessary IKEA Gateway is on, it presents the configured rooms, the lights/smart bulbs in the room with their respective designated names, as well as the intensity and chosen color range, which in the IKEA-series ranges from a clear, almost blue-range white light, to a low-intensity very calm orange/shaded red color, perfect for relaxation.

The Remote is perfect for alternating between these color ranges and levels of light intensity, as well as turning on and off the lights, but it has to be configured to a group/a room in the app, or to a specific smart bulb, if the setup is lacking the IKEA Trådfri Gateway.
So it’s a very fine alternative to a wall switch, but not intelligent at all.

The answer would be something like Tony Stark’s computer and artificial intelligence “J.A.R.V.I.S”, if we lived in the MARVEL Cinematic Universe. Really, a house managed by Paul Bettany’s calm voice would be a certain success, but as I’m short of funding, programmers experience and education, backbone servers and infrastructure and even more money, a cheaper alternative had to be found.

Almost every product sold to a household has a smart-alternative to it, from intelligent frying pans to fridges who order you new milk from the shop when you are running out.

But in the spirit of Tony Stark and his attempt to move some of his daily or menial tasks away off his shoulders, having a Home Assistant doesn’t seem like a bad idea, at least on paper. Why not have the ability to just ask someone to help you turn on the lights, order milk and walk the dog..?
Okay, maybe not the last part yet, but in essence anything is possible:

So let’s stretch that goal.

Let’s feed the fishes automatically, turn off the lights and music when you leave the house, as well as turning them back on when you come home – but only if the sun has gone down – and on a low setting so you won’t be blinded.

Let’s wake you up in the morning with a nice message, the local and current weather forecast as well as a notification of any or all of upcoming calendar events on the day.

Welcome, to the world of automation.